May is Asian Heritage Month in Canada, and in order to celebrate, today’s post will feature highlights from UBC Library’s collection of Japanese-Canadian newspaper, Tairiku Nippō (Continental Daily News). Published in Vancouver between 1907 and 1941 and written primarily in Japanese, the Tairiku Nippō acted as an important informational resource and community touchstone for Japanese immigrants to British Columbia prior to the internment of Japanese Canadians during World War II. 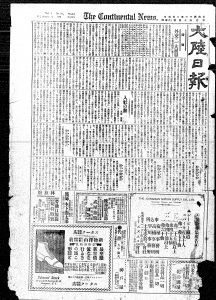 This newspaper provides insight into the lives of pre-war Japanese Canadians in the Lower Mainland, covering religious announcements, community events, and other information relating to the community at the time. There are also some pretty nifty advertisements throughout the newspaper too, including shoe mongers and even a steam car wash. 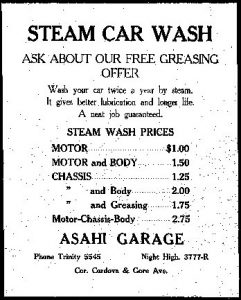 This collection has been digitized by UBC as a part of its Japanese Canadian Student Tribute, which honours the 76 Japanese-Canadian students who were unable to complete their UBC degrees or could not attend their graduation ceremonies as a result of the 1942 internment. 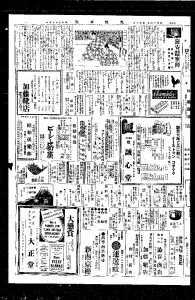 Digital Initiatives has partnered with Dr. Norifumi Kawahara, of Ritsumeikan University in Japan, in order to identify key pieces of information contained within each issue, such as major headlines and cover stories. Dr. Kawahara’s graduate students interpret the text and then provide transcriptions of this information in both Kanji and Romaji. This is important work, especially since computer software to read and interpret Asian languages (OCR), especially in relation to older documents, is much more challenging than with Latin script! 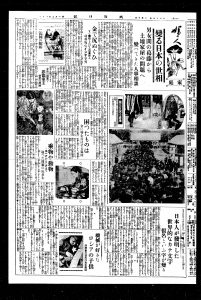 Join UBC Library in commemorating Asian Heritage Month – check out a number of exhibitions taking place this month on campus, review the Asian Library’s Great Reads, or browse some of our other online collections relating to Asian Heritage below!