A Ramble in British Columbia

There are over 1,300 items in B.C. Historical Books, a collection showcasing the history of British Columbia from 1783 to 1952 (and, eventually, beyond). Early works include travelogues that tell tales of grand landscapes, meeting strangers, and surviving in the wilderness. One book that caught our attention is B.C. 1887 : A Ramble in British Columbia.

Have you read the Lazy Tour of Two Idle Apprentices by Charles Dickens and Wilkie Collins? If so, this book is definitely for you. If not, it’s probably still for you. Ramble covers the travels of three men who set out from England to explore Canada’s suitability to the ex-pat lifestyle. (You’ll get their verdict in the final chapter.)

The authors, J.A. Lees and Walter J. Clutterbuck, had published a travelogue, Three In Norway, five years earlier. That book tells the story of three friends—who call themselves the Skipper, Esau, and John—hiking, camping, fishing, and hunting their way through a Norwegian summer. Ramble continues the dry, irreverent tone of the first novel, but with a new crew at its core: since Norway, John has married and left the group, so the Skipper and Esau (who is now going by Jim) are joined by Cardie. 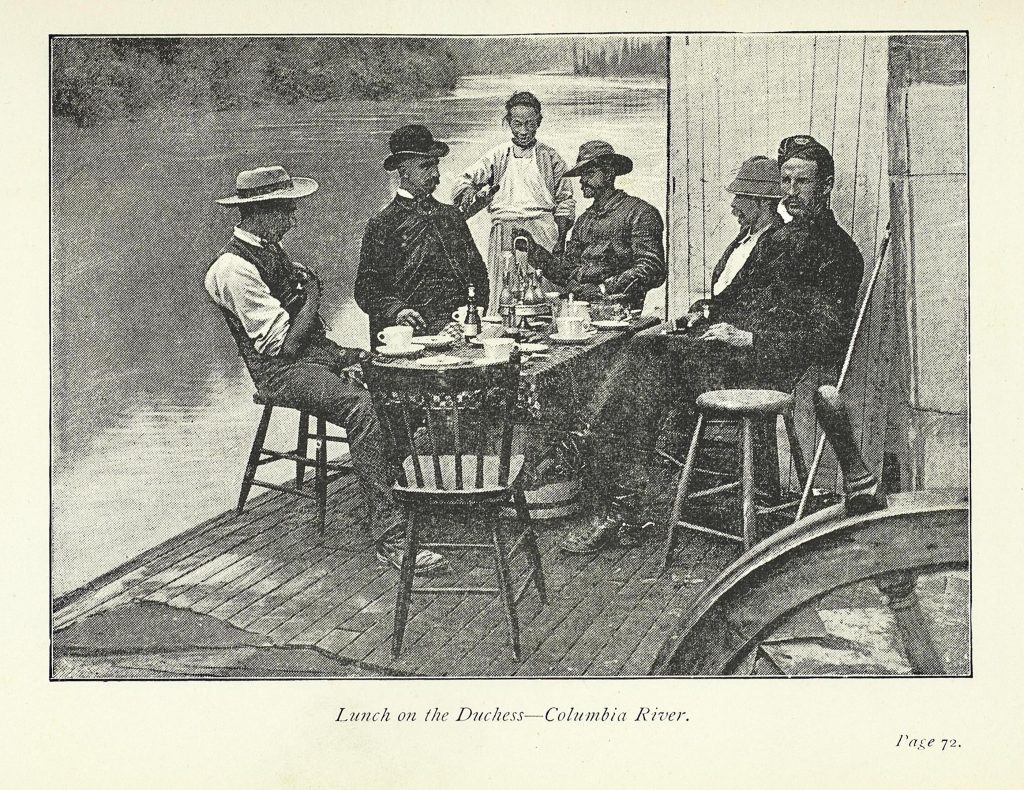 Like all good travelogues, Ramble is filled with sensory descriptions, first impressions, foods, and illustrations and photographs from the authors themselves. The difference, to some more straightforward travel writing, is its playfully uncensored and unforgiving voice. No one place, person, animal, or activity is safe from their disparagement. 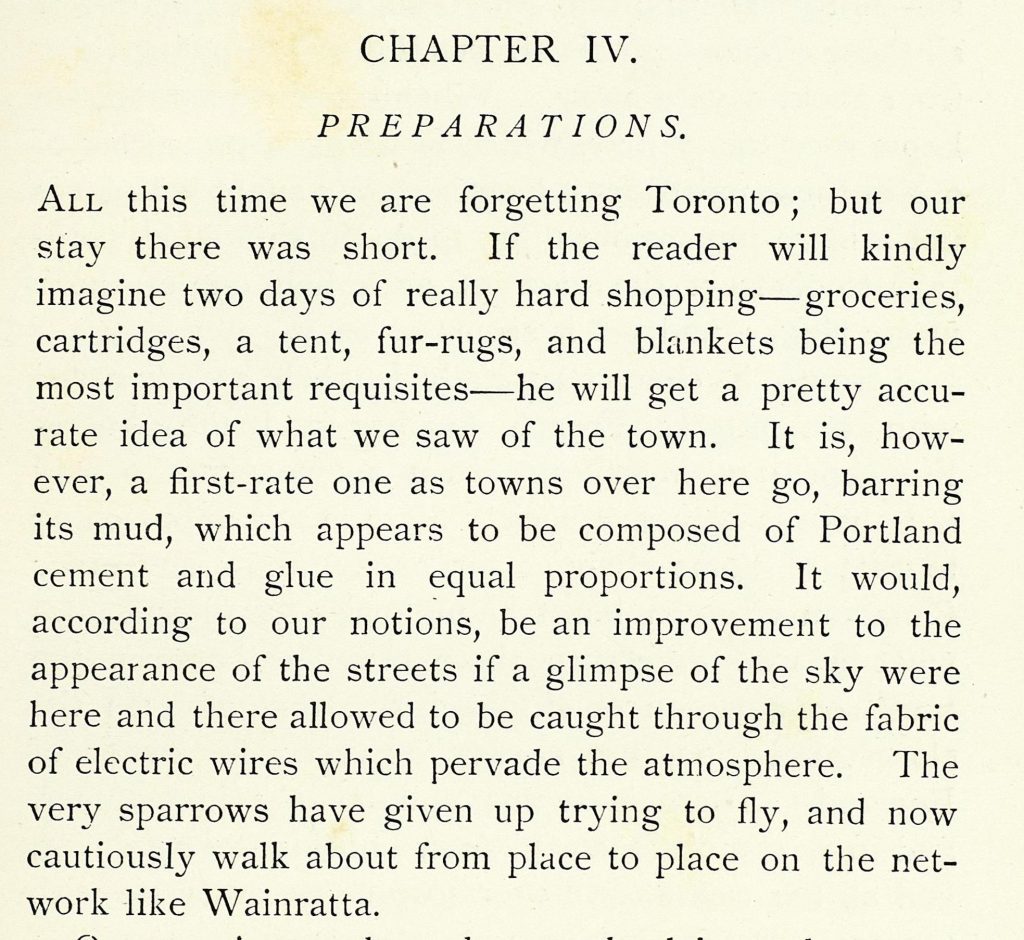 Our apologies to Toronto for sharing this passage. (page 33) 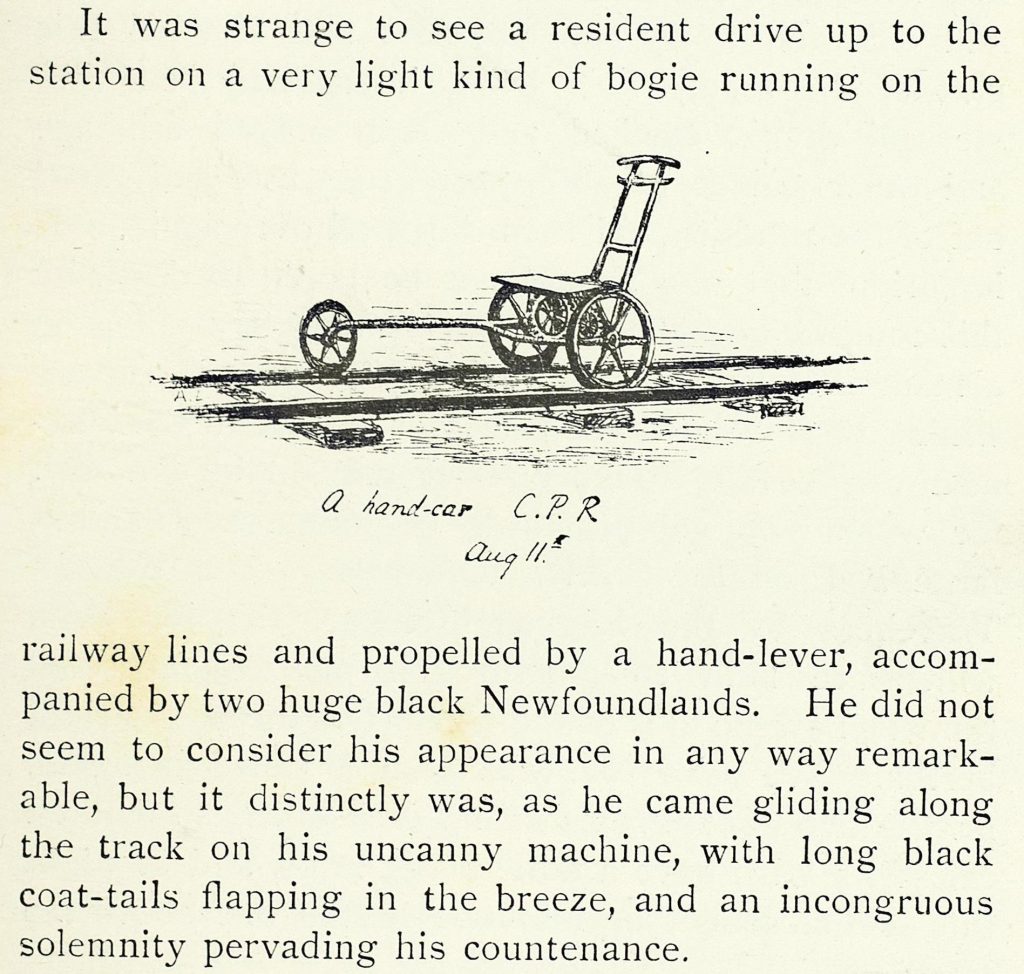 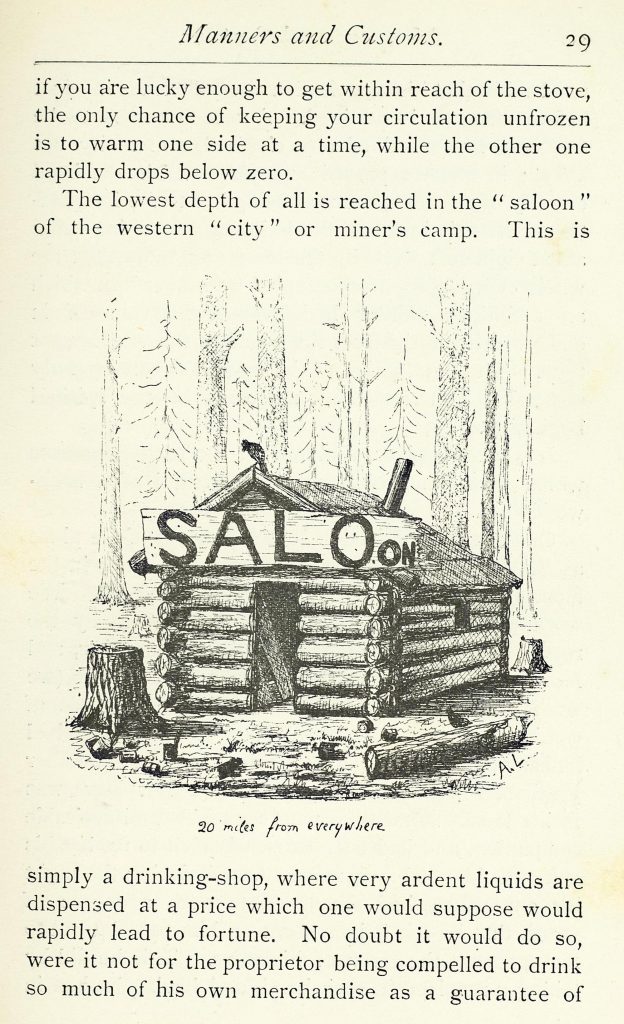 A quick narrative detour to give some grief to the American midwest. Anyone who’s traveled or lived in less-populated areas will recognize the “middle of nowhere” truth in their humor. 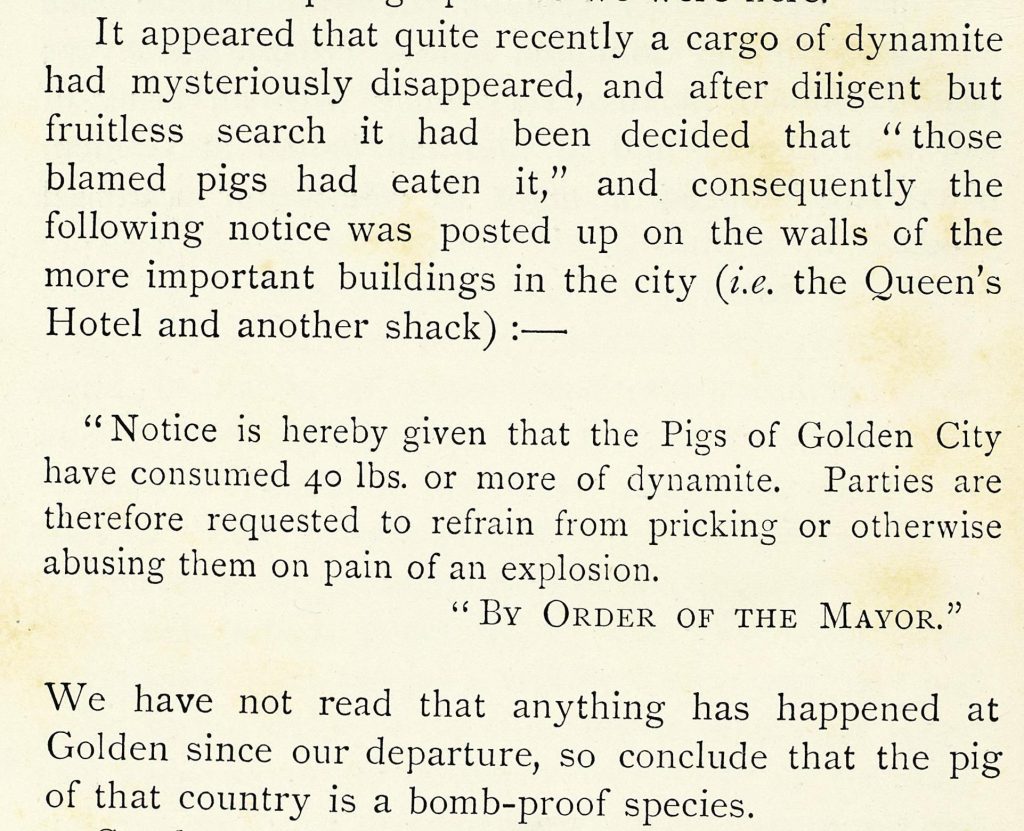 Definitely something to write home about. (page 382)

We have said a lot about the commentary and writing style of Ramble, but don’t be fooled into thinking this isn’t a travelers’ tale. There’s plenty of in-the-woods action to help you visualize life in early British Columbia. 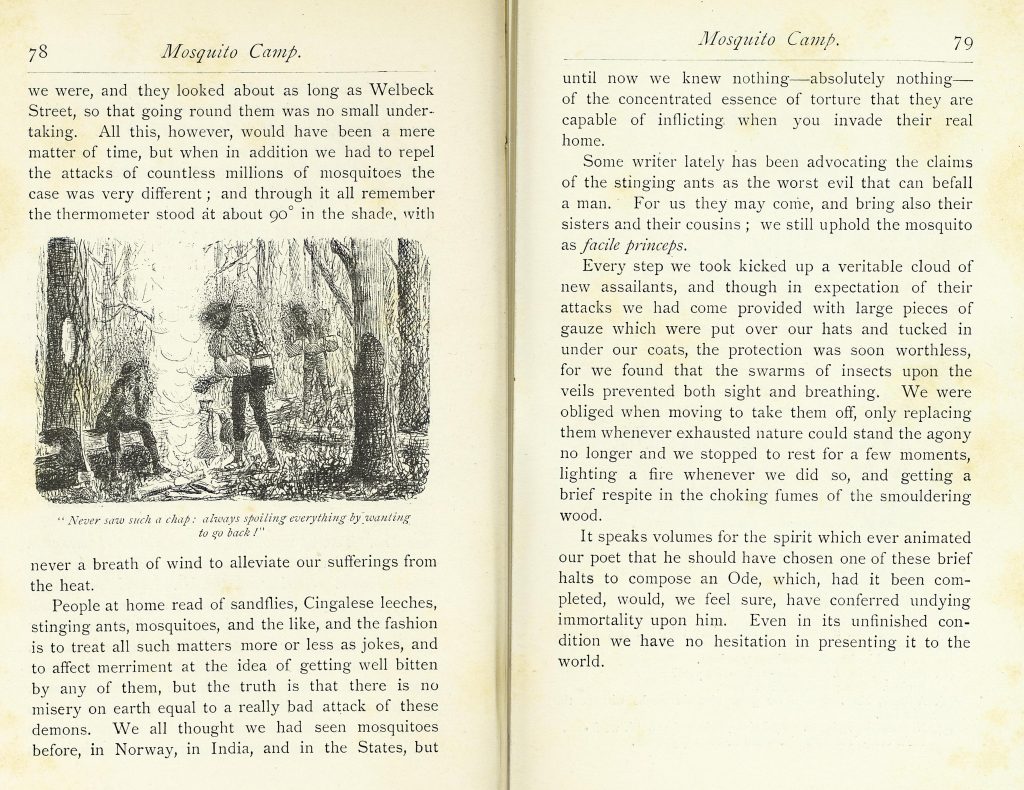 In some ways, the beautiful B.C. hasn’t changed much in the last 130 years.

Whether you’re in it for the humor, the history, or the writers’ hubris, you can check out B.C. 1887 : A Ramble in British Columbia thanks to Open Collections.

2 responses to “A Ramble in British Columbia”