Within our BC Historical Books collection, there is a true gold mine of materials – literally! Several of the rare and unusual texts in this collection relate to the Klondike Gold Rush era, which ran from 1897 to 1899. Documenting the lives and livelihoods of the traders and prospectors who passed through Western Canada to reach the Yukon, these items provide a glimpse into what life was like at a fascinating time in this country’s history. Click on any of the images for more information. 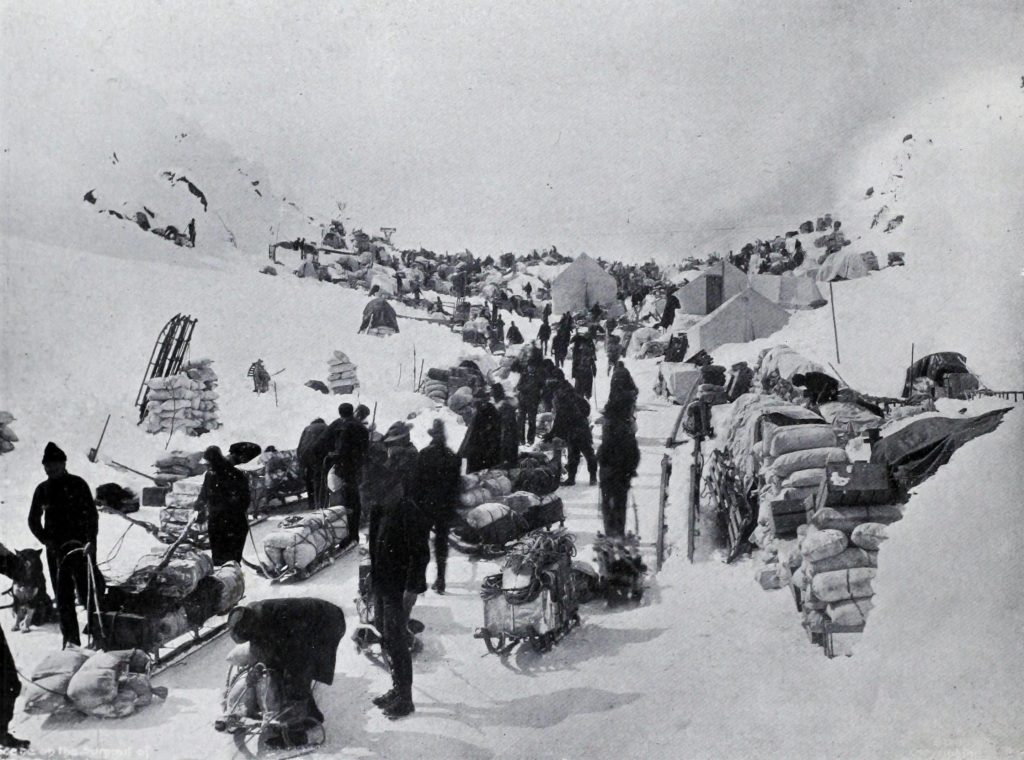 On the summit of the Chilcoot 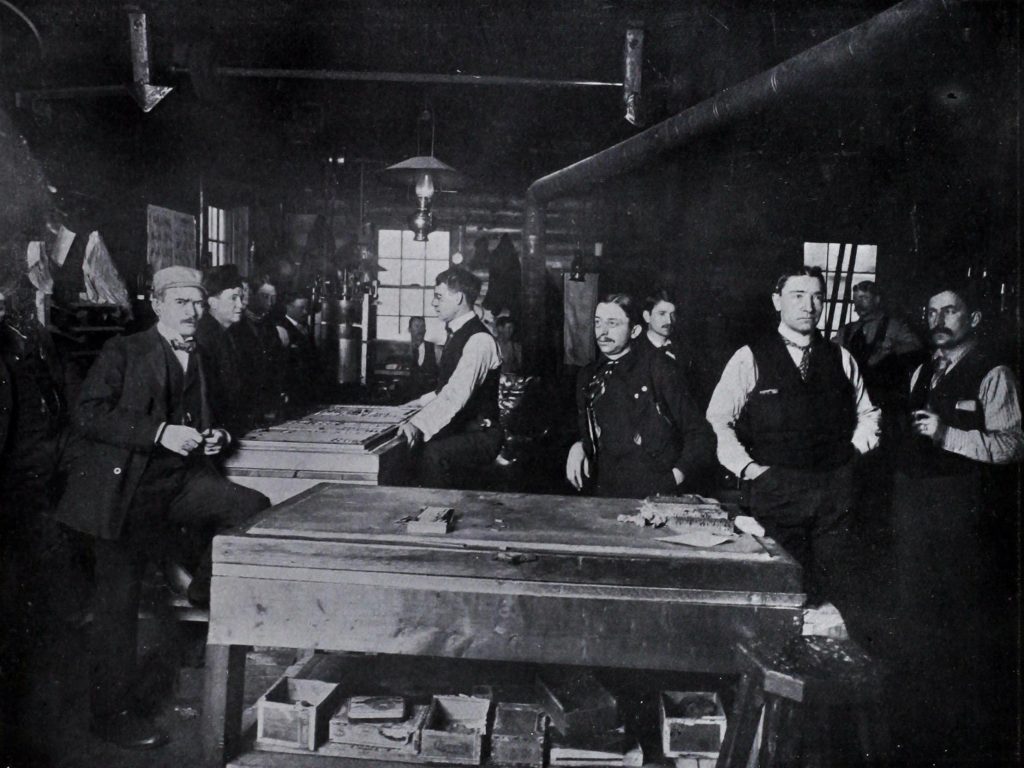 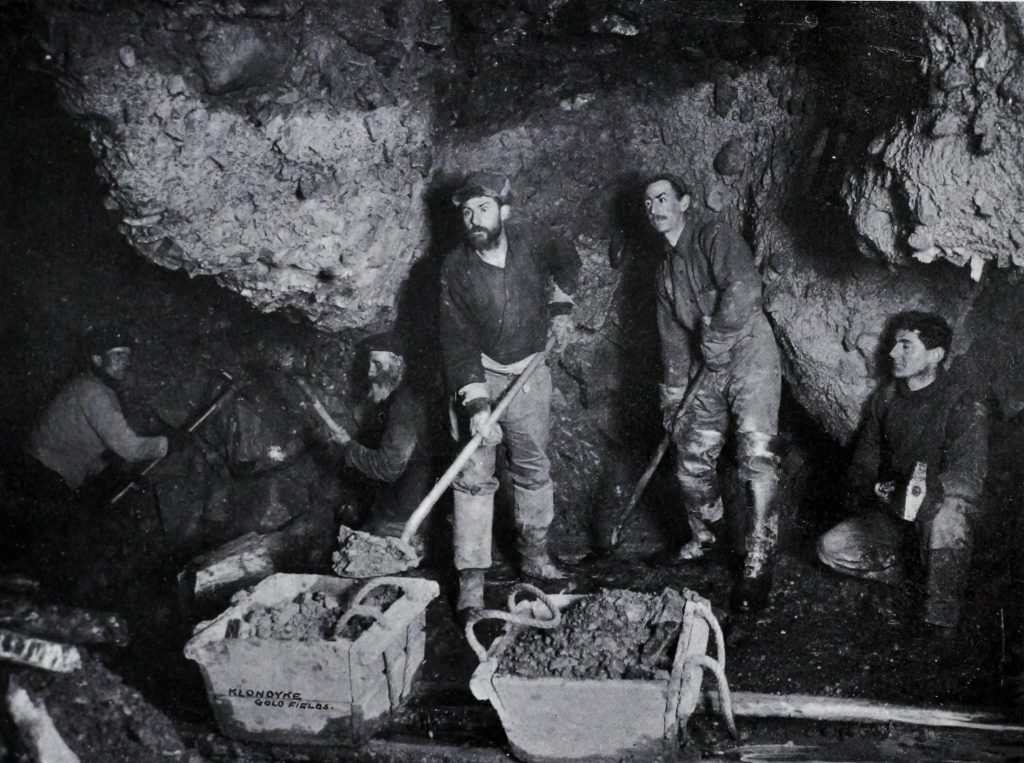 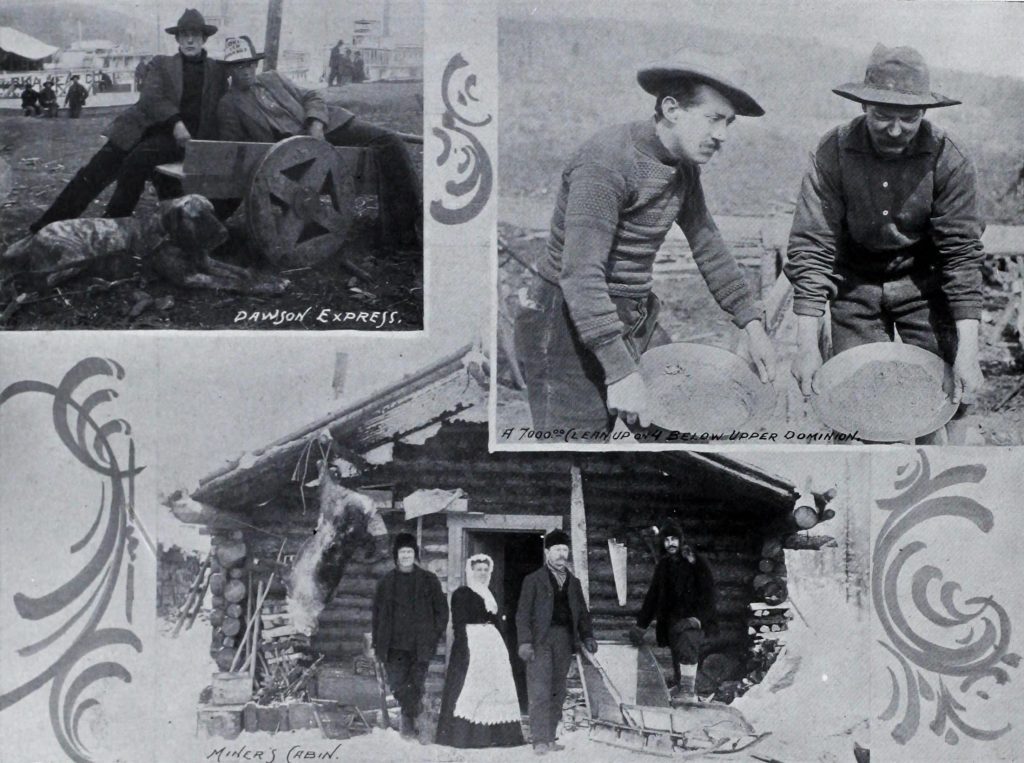 Prospectors and homesteaders around Dawson, Yukon 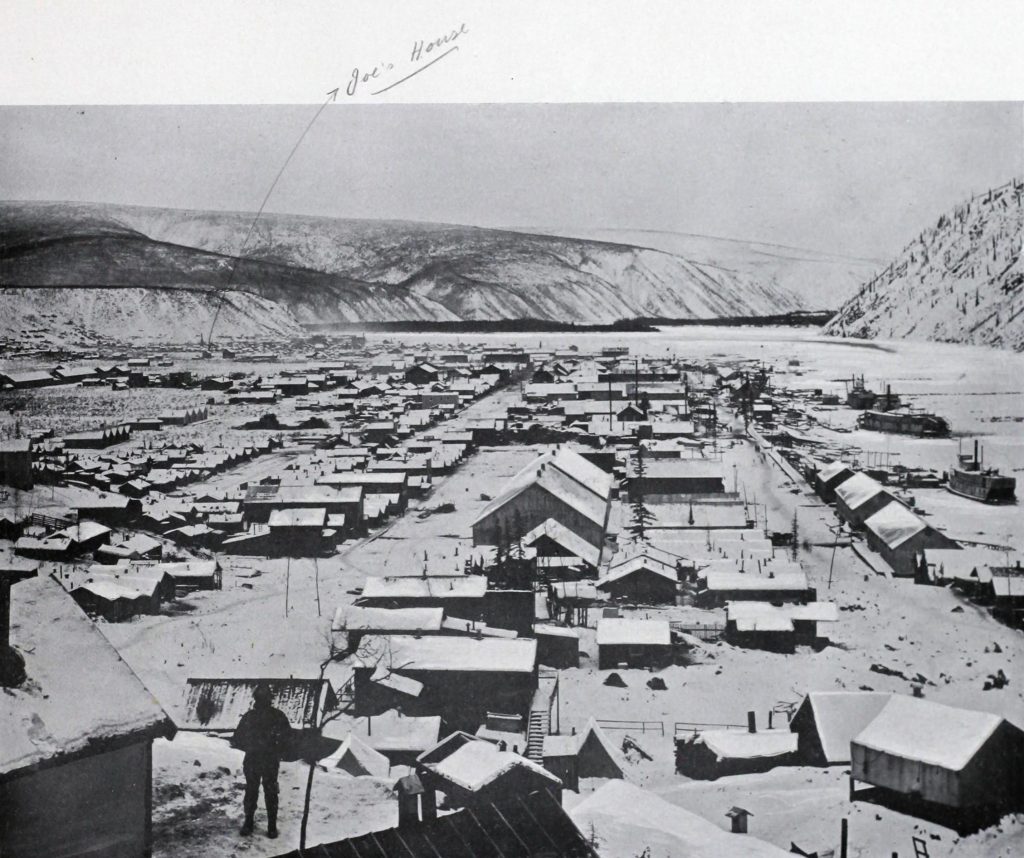 It is estimated that almost $29 million worth of gold was mined in the brief span of the Klondike Gold Rush, and while many men failed to even recover their costs in reaching the Klondike, others truly struck it rich. Western Canada saw immense growth and development as a result of the economic boom: so many people passed through the region that the Yukon Territory was officially established in 1898, the population of Vancouver doubled, and the city of Edmonton tripled!

Postcard with view of people climbing the Chilkoot pass, between 1900 and 1910

This time period continues to signify an age of adventure and discovery; an era when the odds were in anyone’s favour. To learn more about the Klondike Gold Rush, take a look at this entry from the Canadian Encyclopedia. The University of Washington also has a great collection of items about this time period – take a look here. And to explore more materials from Open Collections which relate to British Columbia’s own Gold Rush, click here and here to view previous blog posts!